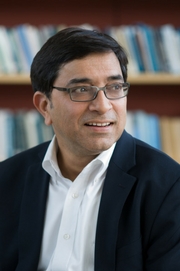 
He is Sol Goldman Professor of International Studies and the Social Sciences at Brown University, Rhode Island, where he also directs the Brown–India Initiative. Previously, he taught at Harvard University and the University of Michigan, Ann Arbor. His books include Ethnic Conflict and Civic Life: Hindus and Muslims in India; Democracy, Development and the Countryside: Urban–India Struggles in India; India in the Era of Economic Reforms; Midnight's Diaspora, Collective Violence in Indonesia, and Battles Half Won: India's Improbable Democracy. His academic articles have appeared in leading journals of political science and development. His honors include the Guggenheim, Carnegie, Luebbert, and Lerner awards. He is a contributing editor to the Indian Express, and his guest columns have appeared in many other newspapers, including the Financial Times. He served on the UN Secretary General Kofi Annan's Task Force on Millennium Development Goals, and also as adviser to the World Bank and United Nations Development Program. 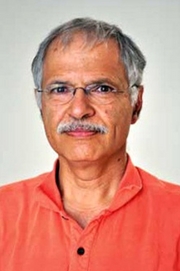 
He is Professor and Indo-American Community Chair in India Studies and Director of the Institute of International Studies at University of California, Berkeley. He received an MA and an MPhil from the University of Delhi, and a PhD from the University of California, Los Angeles. He studies the politics of India, and its political parties and party systems. His recent research is on religion and politics, elections and parties, the ideological roots of the party system, and the politics of development in India. He is currently working on a book on the ideological basis of party politics in India. He is an active contributor to the editorial pages of the Indian Express. With Ashutosh Varshney of Brown University, Rhode Island, he is completing a book manuscript on the influence of caste and religion in twenty-first century politics in India. 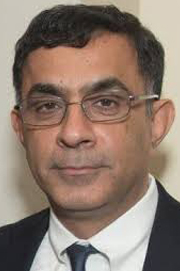 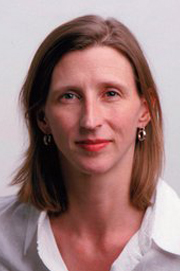 She covered the rise of Narendra Modi, a Hindu nationalist leader whose election brought an end to decades of rule by the Indian National Congress. She wrote narratives about the struggles of Indian womenâday labourers and factory workersâto earn for themselves and gaining influence within a patriarchal system. Before India, Barry was a correspondent and then bureau chief for The Times in Moscow. 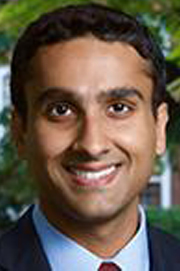 Manglaâs primary expertise lies in the political economy of development, with a regional focus on South Asia. Â His current research seeks to understand when and how public institutions work effectively in developing economies, particularly on behalf of the poor. He is a Faculty Associate at the Weatherhead Center for International Affairs, a member of the Steering Committee of the South Asia Institute at Harvard, and Co-director of the Brown-Harvard-MIT Joint Seminar on South Asian Politics. 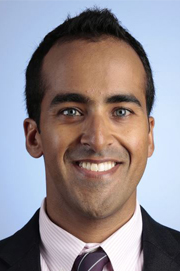 He joined The Times in 2012 as a national security reporter in the Washington bureau. He has reported from more than 50 countries since beginning his career with McClatchy Newspapers, where he served as a foreign correspondent in Africa and the Middle East. In 2016, he shared in the Pulitzer Prize awarded to The Times staff for coverage of the mass shooting in San Bernardino, California. 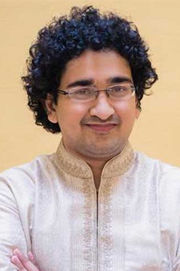 He is a political scientist, journalist, and lawyer. He teaches Political Science and Legal Studies at Ashoka University and writes for The Indian Express. He has studied at National Law School, Bangalore and Harvard University, and has a PhD in Politics from Princeton University. He is the author of Narasimha Rao: A Biography. 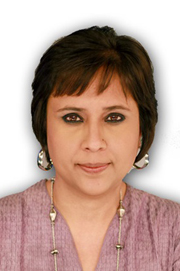 Barkha Dutt is an award-winning TV journalist and anchor with more than two decades of reporting experience. She emerged as a prominent figure after her frontline war reporting on the Kargil conflict between India and Pakistan in 1999. She has won many national and international awards for her work, including the Padma Shri, Indiaâs fourth highest civilian honour. She is also the author of This unquiet Land: Stories from India's Fault Lines. 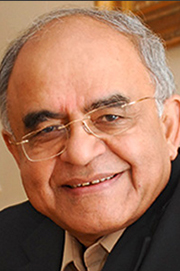 Gurcharan Das is an author, commentator, and former CEO of Procter & Gamble India and Managing Director, Procter & Gamble Worldwide (Strategic Planning). He is a regular columnist for six Indian newspapers in English, Hindi, Telugu, and Marathi. He writes periodic pieces for New York Times, Wall Street Journal, Financial Times, Foreign Affairs, and Newsweek. He studied philosophy at Harvard University and later attended Harvard Business School (AMP), where he is featured in three case studies. He is the author of India Grows at Night: A Liberal Case for a Strong State, The Difficulty of Being Good: On The Subtle Art of Dharma, India Unbound: The Social and Economic Revolution from Independence to the Global Information Age, The Elelphant Paradigm: India Wrestles with Change, A Fine Family, Three Plays, and The Story of Indian Business series. 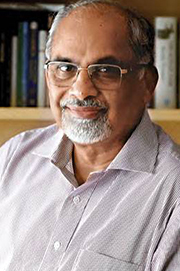 T.N. Ninan is an award-winning journalist and one of Indiaâs most respected economic editors. He was the editor of the Business Standard newspaper between 1992 and 2009. Previously, Ninan was the editor of The Economic Times and was responsible for establishing it as a leading financial daily. He has also been the editor of Business World magazine and executive editor of India Today. Ninan is a recipient of awards, including the B.D. Goenka award for excellence in journalism. The Jawaharlal Nehru Memorial Fund has awarded him a Nehru Fellowship for 2013 and 2014. He is the author of The Turn of the Tortoise: The Challenge and Promise of India's Future. 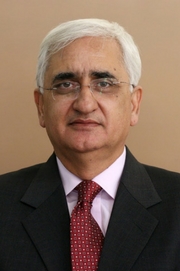 He is a well-known educationist, social reformer, political thinker, and a lawyer of the Supreme Court of India. Some of his eminent publications include At Home in India, If Winter Comes, and Beyond Terrorism. 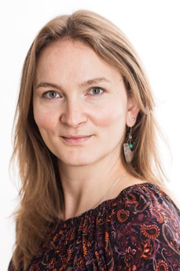 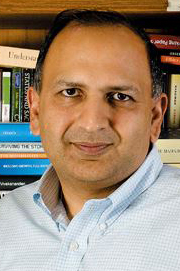 He is currently the President and Chief Executive of Centre for Policy Research (CPR), New Delhi and is also an editorial consultant with The Indian Express. He has worked extensively on political theory, intellectual history, constitutional law, politics and society in India, and international politics. Before he joined CPR, Mehta taught at Harvard University, Jawaharlal Nehru University, and New York University School of Law. He is the author of Rethinking Public Institution in India (Oxford University Press) and The Oxford Handbook of the Indian Constitution (Oxford University Press). 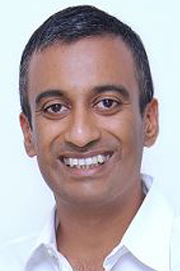 He is a co-founder of CLPR, and a partner at Ashira Law. He is currently a faculty member at the Azim Premji University. He was also the Dr B.R. Ambedkar Visiting Professor of Indian Constitutional Law at Columbia Law School. He has been a Teaching Fellow in Law at the Pembroke College at the University of Oxford, an Assistant Professor at National Law School of India, Bangalore, and a Professor at the West Bengal National University of Juridical Sciences. He has authored the book Democracy and Constitutionalism in India (Oxford University Press). 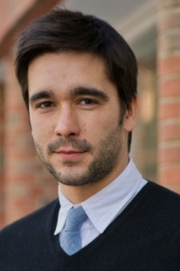 He is an Assistant Professor in the Government Department and a faculty affiliate in the Asia and Middle Eastern Studies programme at Dartmouth College, USA. His research focuses on ethnic politics, voting behavior, clientelism, political representation and politicians-citizens relations in India. His recent works have appeared in Political Opinion Quarterly, American Political Science Review, and Comparative Political Studies. He is the author of Why Representation Matters: The Meaning of Ethnic Quotas in Rural India (2017). 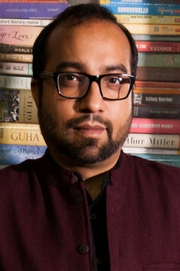 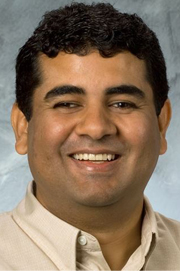 He is an Associate Professor and Faculty-in-Residence at the Manzanita Village and San Rafael Residence Halls, University of California Santa Barbara. His research focuses on the processes of inclusion and exclusion in multi-ethnic societies. He has studied this within the context of ethnic parties and movements, military organization, inter-caste marriage, and skin colour preferences in South Asia. Ahuja was awarded The Margret T. Getman Service to Students Award in 2015. He has a book, Mobilizing Marginalized Citizens: Ethnic Parties without Ethnic Movements, forthcoming with Oxford University Press. 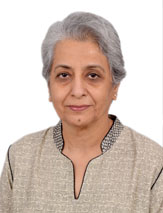 She is a Professor at the Centre for the Study of Law and Governance. She delivered the Radhakrishnan Memorial Lectures at the University of Oxford in 2009, and was a Visiting Fellow in Democracy and Development at Princeton University (2009â10). She has served as the Director of Jawaharlal Nehru Institute of Advanced Study (2004â07), a Senior Fellow at Nehru Memorial Museum and Library (2006â08), and the Vice President of the American Political Science Association (2011â12). She is the author of Democracy and the State: Welfare, Secularism and Development in Contemporary India (Oxford University Press) and The Oxford Companion to Politics in India: Student Edition (Oxford University Press). 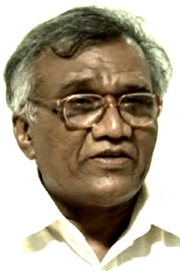 He is Professor of Social and Political Theory in the Center of Political Science at Jawaharlal Nehru University. His areas of specialization are Indian political thoughts and Indian politics. He is the author of numerous articles on Dalits, women, politics, and philosophy. His edited books include Humiliation: Claims and Context (Oxford University Press) and The Cracked Mirror: An Indian Debate on Experience and Theory (Oxford University Press). 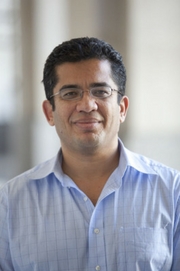 He is Hamid bin Khalifa Professor of Indian Politics in the Edmund A. Walsh School of Foreign Service at Georgetown University in Washington, D.C., where he directs the Georgetown India Initiative. He is presently affiliated with Lokniti: Programme for Comparative Democracy in New Delhi, India. He is the author of Coalition Politics and Economic Development (2011) and Elections in Hard Times (2016, with T.E. Flores). 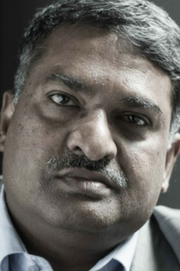 He serves as a key advisor to the Dalit Indian Chamber of Commerce and Industry (DICCI) and is a research affiliate for CASI's Dalit research programme. He has authored Nuclear Non-Proliferation: Towards a Universal NPT-Regime; co-edited (with Bibek Debroy) Dalit Question: Reforms and Social Justice; and co-authored (with Devesh Kapur and Chandra Bhan Prasad) Defying the Odds. His areas of interest include arms control, nuclear proliferation, socio-econimic mobility among Dalits, liberalization and social justice, and the role of entrepreneurship in mobility. 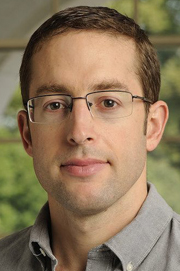 He received his PhD from the University of California-Berkeley in 2013. His research focuses on the fields of development sociology, political sociology, agrarian political economy, and social theory. He is currently working on a book that investigates land dispossession in contemporary India. It draws on an ethnography of villages dispossessed for an SEZ in Rajasthan. Using the extended case method, it seeks to advance the concept of regimes of dispossession as a way of understanding the relationship between land dispossession and capitalism in a comparative perspective. 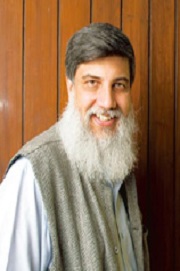 He is a member of the High Level Railway Restructuring Committee, a Technical Advisory Committee of the Ministry of Housing and Urban Poverty Alleviation, Government of India and the Scientific Advisory Council of LIRNEasia, Colombo. Mukhopadhyay was part of the founding team at Infrastructure Development Finance Company (IDFC), India. He has worked with EXIM Bank of India and the World Bank, and taught at IIM Ahmedabad, XLRI Jamshedpur, and School of Planning and Architecture, New Delhi. He has edited (with Rob Jenkins) Power, Policy, and Protest: The Politics of India's Special Economic Zones. 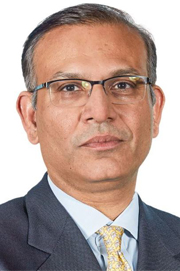 Minister of State for Civil Aviation
Government of India

He is the Minister of State for Civil Aviation, a Member of Indian Parliament, and formerly the Minister of State for Finance. He recently served on the Advisory Committees for the Finance and Telecom Ministries and advised the Indian Government on spurring entrepreneurship and impact investing. Prior to his political career, he has worked with McKinsey & Company as a partner in the Boston and Delhi offices. He holds an MBA from the Harvard Business School and an MS in Energy Management & Policy from the University of Pennsylvania. 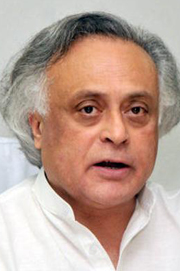 He is a Member of Parliament representing Andhra Pradesh state in the Rajya Sabha. He was previously the Indian Minister of State (independent charge) at the Ministry of Environment and Forests from May 2009 to July 2011. Ramesh has been a columnist for Business Standard, Business Today, The Telegraph, Times of India, and India Today. He is the author of Green Signals: Ecology, Growth, and Democracy in India (Oxford University Press) and Legislating for Justice: The Making of the 2013 Land Acquisition Law (Oxford University Press).